Do The Amish Object To Being In Photographs

Do The Amish Object To Being In Photographs 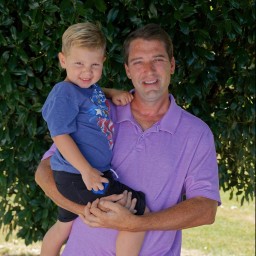 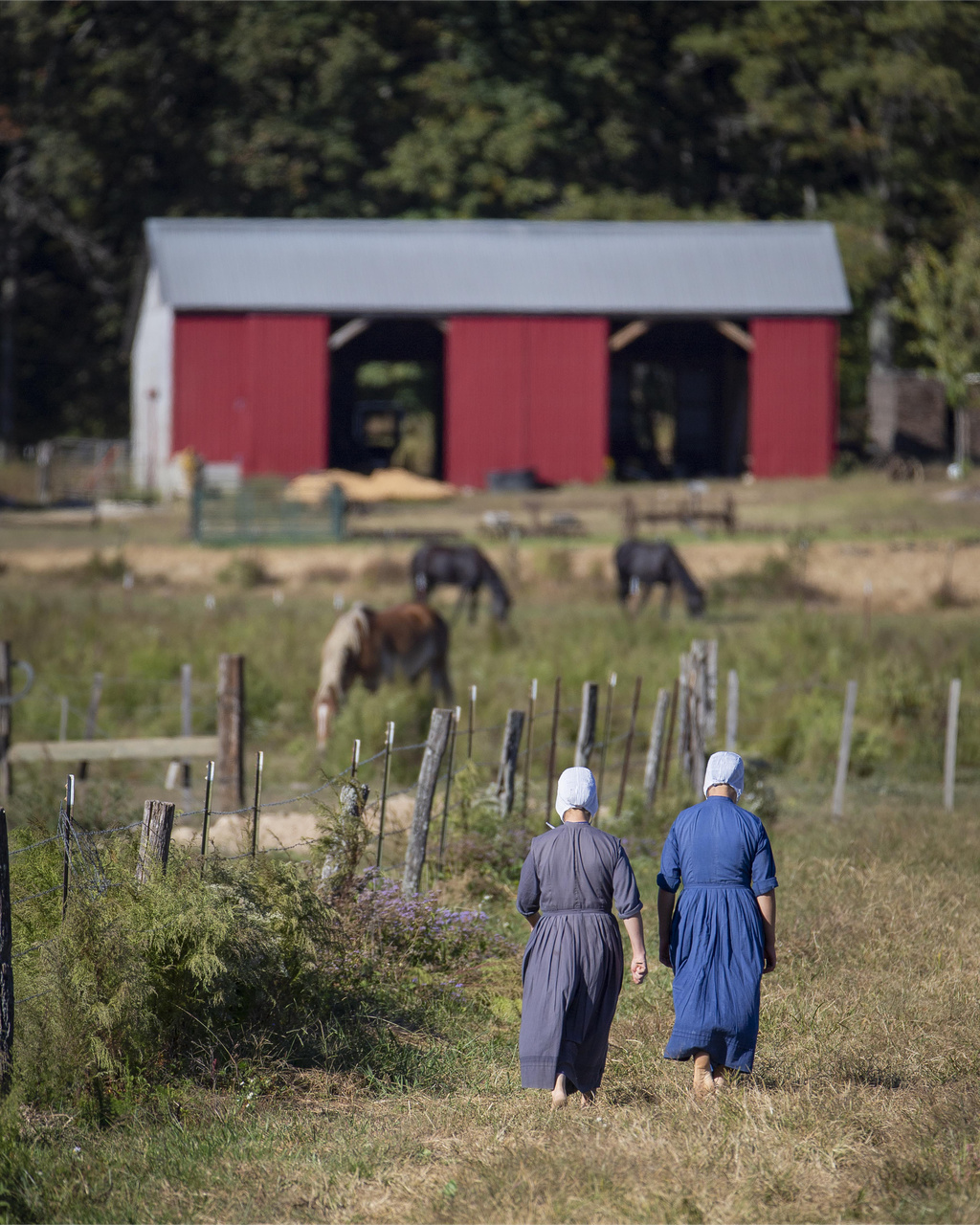 The Amish History About Being In Photographs

So why would some Amish people not want their photos taken? This topic of Amish people that Don't like to be in pictures came about with a separation in the Amish faith years ago. The idea that a photo would steal one's soul or "graven image" can be traced back to the Amish beliefs on vanity taken from Exodus 20:4. But, if you know your Amish history, the Amish faith was started with the Anabaptist movement that originated in Switzerland in the late 1700s. The Amish people faced religious persecution against the Anabaptist movement at that time. The separation from Switzerland also formed a difference in the interpretation of holy scripture within the Amish belief system. This change in residence of Amish Anabaptist people, escaping religious persecution to other parts of the world, started the beginning of the different Amish groups as we know them today. Now the different groups of Amish people diversified in their religious viewpoints, culture, languages, and outward appearances. We have different groups or Orders of Amish people that put more or less importance on different parts of religious beliefs in scripture.

This history of the Amish religion is okay. There were no cameras or video equipment in the late 1700s!!! Correct, and in the Amish religion, this idea of the Amish being in pictures was fine in Amish culture at its start unless it was in pieces of artwork. But, much like other religions, the Amish religion has adapted over time to fit some of its religious viewpoints into today's modern culture. Now that we know more about the history of separation in the Amish faith and how that separation started different Amish Orders as we know them, all having different but similar beliefs. Let's look at Amish viewpoints and beliefs within different Amish Orders. 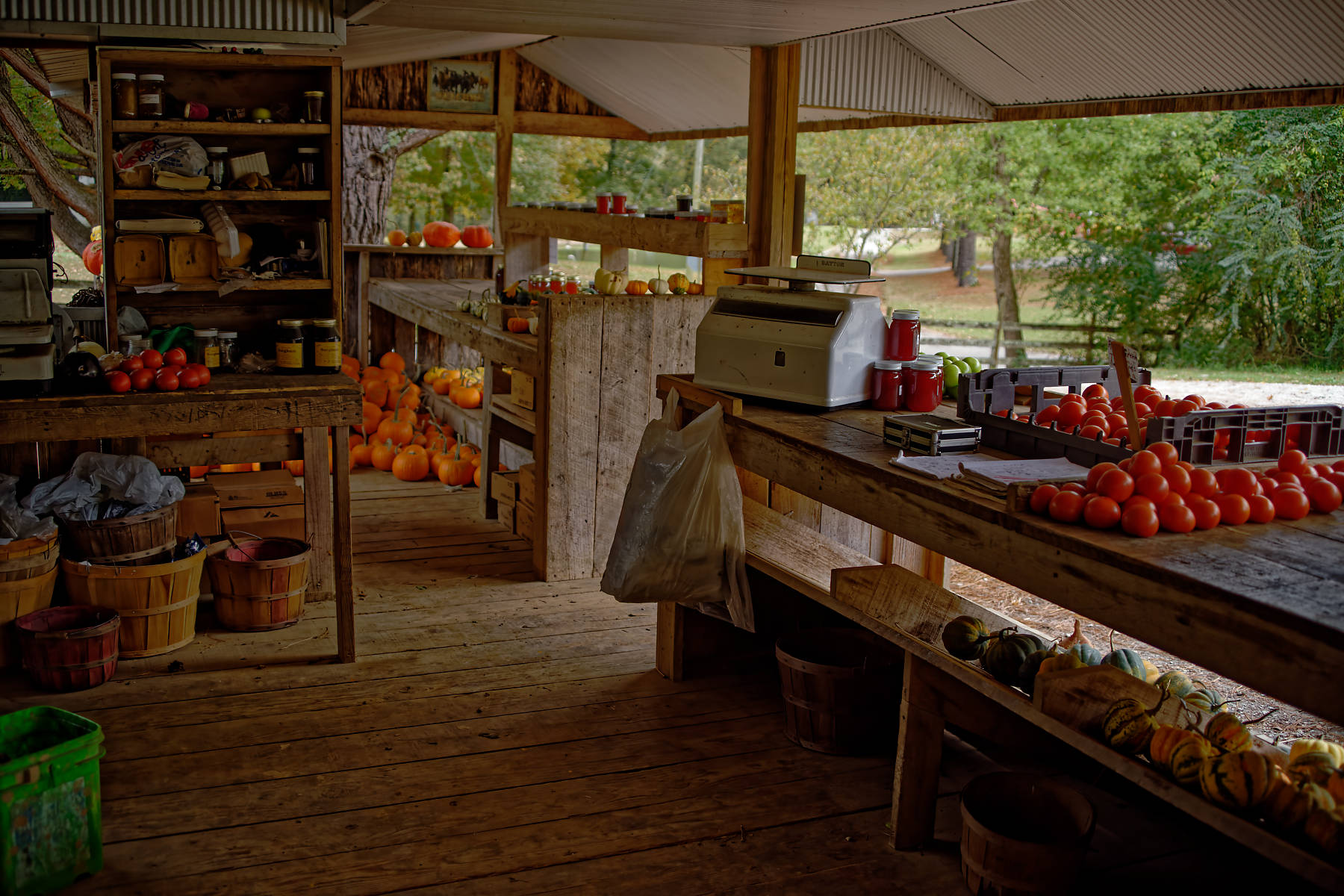 Not All Amish Orders Believe Quiet The Same

Although the Swartzentruber Amish community is considered old-school in its ideas of the Amish lifestyle, the New Order Amish communities found scattered throughout the United States are also very simple in their beliefs but, compared to the Swartzentruber believe in doing things a little more modern and have different viewpoints on scriptures in the Amish religion. For the New Order Amish, the view of pictures is more relaxed than in the Old Order Amish communities. Still, the New Order Amish do not allow pictures because of their beliefs. Most Amish people, New or Old Orders, don't want to be in any pictures. But, when it comes to differences in interpretation of Bible verses within the Amish faith, there is quite a difference. A good comparison for English people on the different Amish Orders and Amish beliefs could be the difference between the Baptist Faith, Church of Christ, or Methodist denominations. The beliefs and interpretation of scripture in these English denominations are similar but different, just like in the Amish Orders.

Points To Remember About Different Amish Orders In Pictures 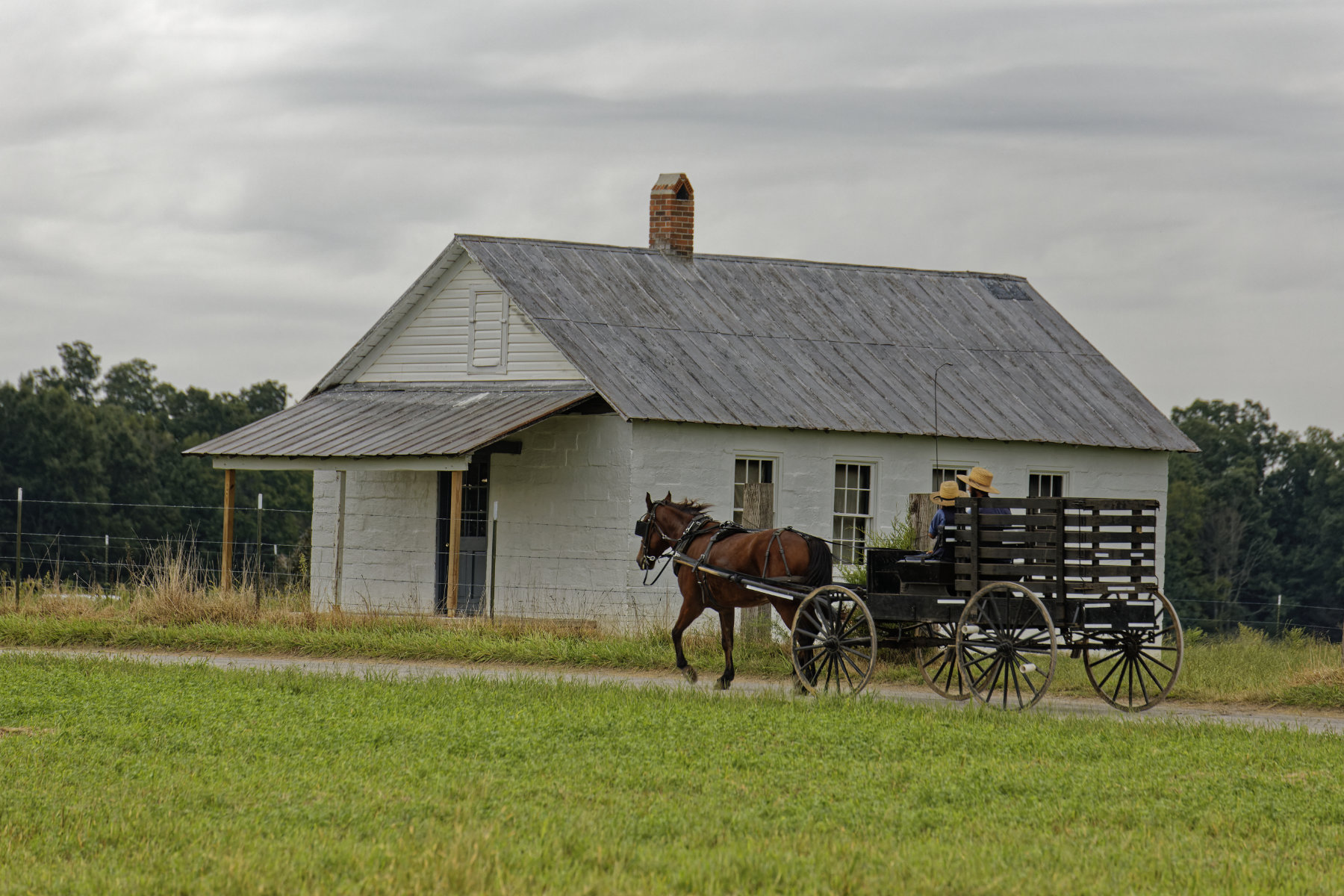 Do The Amish Pose For Pictures

So now we know the general beliefs of the Amish people and how some feel about being in photos and videos. Most people think that Amish people are totally against being captured on film, this is a true statement, but that statement is NOT correct. A great way to sum up the ideas of Amish people comes from their faith system; they believe that a camera captures their graven image and goes against their beliefs on vanity. However, the Amish people also understand that English people will photograph them sometimes, especially tourists to the Amish communities. They would prefer you not take their picture, but the Amish people understand that everyone has a cell phone with a camera these days.

The main problem that the Amish people have with pictures or videos is someone old enough to be baptized in the Amish faith posing for a picture!!! A great example can be found in the images used by the Amish Of Ethridge website. If you look closely at the photos used of Amish People in the blog posts or webpages, they are done, so the faces of the Amish are not shown. Instead, action is what is being photographed and ensures no Amish person can be considered as posing for us!!! A very religious prominent Amish fellow in the local Amish community was asked his opinion on photography and how the Amish feel about being in pictures. His answer was surprising. Here is what he said.

"We understand that everyone has a camera on their phones now a day. We wish no pictures would be taken, but we understand it can't be avoided. Please try not to take pictures of our children; we try to keep them from that type of technology or any Amish person that turns their head quickly away because they are really against the idea. But!!! If you're going to take our pictures, please try to get us with our backs turned or working." (*edited for clarity and conciseness)

So on your next trip to an Amish community, remember these points highlighted below, especially when taking pictures.

Rules To Remember On Taking Pictures In The Amish Community

Amish People In Videos And Movies

Are the Amish okay with all the Amish TV shows and movies that fill our screens? The Amish community does not support the idea of video because it goes against their 2nd commandment ideas on vanity. So what is the deal with the Amish people we have seen on film!!! One fantastic point is the subject matter concerning the particular video in question. It goes without saying that if the topic of the show is about someone "leaving" the Amish community for an English lifestyle, that person most likely has no objections to being in any film.

But what about people who live and hold the Amish way of life? Just like in photos, always try to capture video clips of Amish people from behind. In the case of video, this is only sometimes possible. Another option may be to edit the video, so it does not infringe on any Amish person's religious beliefs. Let's step back for a second and look at different ways a person practicing the Amish faith might be able to be in a video.

Think about watching a news channel or clip showing a person being interviewed sitting in the dark or shadows while talking. In that case, their face might be blurred, and their voice distorted. Often this type of filming is an option to interview an Amish person on any subject. Click on this link to learn more about Silhouettes.

Then a final way to capture an Amish person on film is to aim the camera or microphone at the ground close to the Amish person speaking, but leave that person out of the frame except for their feet!! This angle style is often seen in significant movies to show the character without revealing that character's identity. 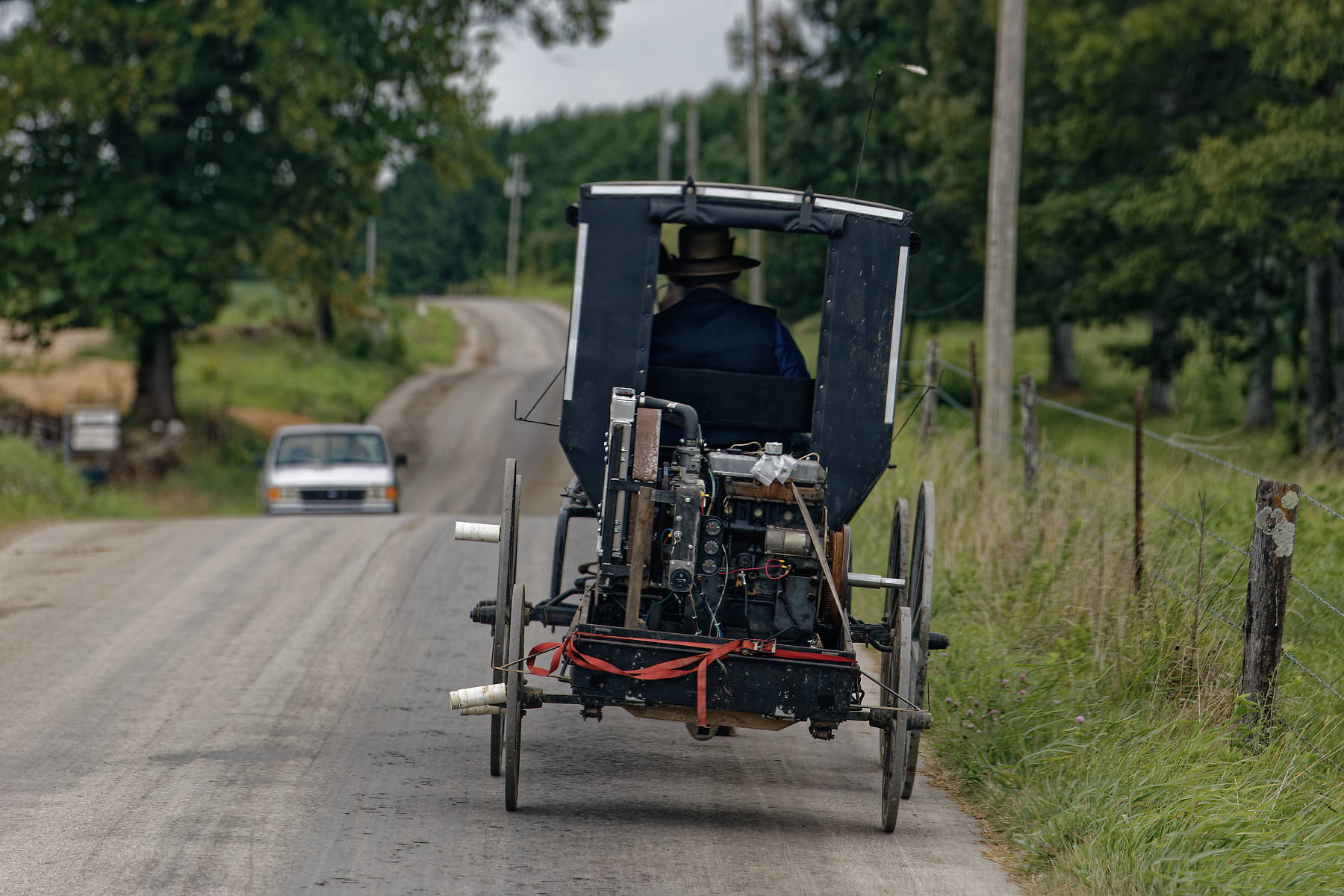 Amish Buggy From Behind

Now that you have more information on Amish people being in photos and videos. Please make sure to leave us a comment below; we love to hear from our readers. If you like this blog post, feel free to look around at all the different pages at the Amish Of Ethridge. Also, sign up for our newsletter if you want to stay up to speed on the new blog posts. Also, look for The Amish Of Ethridge on Facebook, YouTube, and Instagram. Thank you all again for reading, have a great day and an even better tomorrow.

Has The Amish Of Ethridge Crew Ever Had Amish People Knowingly Stand In Front Of Our Cameras?

Yes, the Amish people have been within feet of our cameras a few times.

What rules apply to filming and photos in this type of Amish environment?

Generally, you can take pictures or videos of anyone in public locations such as parks, sporting events, or public areas because they have elected to put themselves there.

What do the Amish consider as vanity?

The Amish consider clothing with bright colors, pictures, film, art (paintings), mirrors, and fake teeth as showing vanity or individualism. This difference in people goes against their humble lifestyle and their religious beliefs.

Do Amish Peoples personal viewpoints differ from their religious teachings on photos?

See our Amish Promotional for News and deals on goods in Amish Country!

Tired of your spam filling up your inbox? So are we! Use our Amish Promotional page to sign up for as little or as much as you want!

The Amish Build Hand Made Caskets

Receive an email when we publish a new post or need to send our customers some much needed information!

The Amish Build Hand Made Caskets

Sign up today for our Amish of Ethridge mail bag!

We have a few emails that go out each year to those who are looking for updates and deals that are going on during the year!

Please log in again. The login page will open in a new tab. After logging in you can close it and return to this page.

Our wagon carries your data! Tell us if you are ok with it.

This website uses cookies to improve your experience. We'll assume you're ok with this, but you can opt-out if you wish. Read More

In case of acquirement of your personal information, you may opt out by using the link. Do Not Sell My Personal Information

Do you really wish to opt-out?